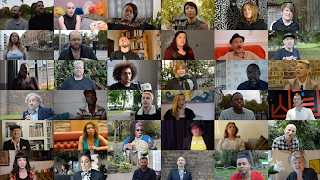 Following a “guerrilla filmmaking” approach, QUEER TONGUES  documents today’s vibrant queer spoken word scene. It showcases the work and passions of queer spoken word artists (poets and performers) through snippets of live acts and the answers of over 38 performers, who were interviewed for the camera about sexuality, poetry, performance and social issues. Many of those performers are renowned "stars" in the spoken word scene – regardless of sexuality. With a focus in London, the film at points moves away from the capital to document exciting goings-on in other British towns (e.g. Manchester and Nottingham), also including contributions from across the pond (USA and Mexico).
Driven by the first two lines of the epic poem "Howl", by queer beat poet Allen Ginsberg, Queer Tongues looks at the role played by spoken word in the LGBT+ communities. Spoken word is thriving and queer practitioners are arguably at the avant-garde of this movement. The queer performance poetry scene is exhilarating, dynamic, colourful and, one may even add, influential. In times of austerity and economic uncertainty, creativity often flourishes. And, in these circumstances, creative people often opt for a "DIY" mentality. Spoken word is the ultimate "DYI" activity. It’s difficult to think of a more accessible and affordable medium of artistic expression, giving a voice to those who tend to be more underrepresented in society. At a spoken word event in the XXIst century, you are very likely to encounter many participants who deal in their work with sexuality, body politics, feminism, gender fluidity, ethnicity, dating apps, mental health, sex and drugs, etc. Queer Tongues documents a chunky slice of this exciting phenomenon.
Click for TRAILER.
“I saw the best minds of my generation destroyed by madness, starving hysterical naked,
dragging themselves through the negro streets at dawn looking for an angry fix”
HOWL, Allen Ginsberg 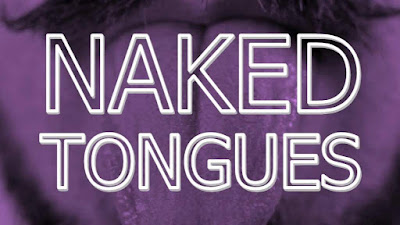 A guerrilla documentary short about spoken word and the queer body in 21st century London. It documents the work and the views of contemporary LGBTQI+ poets and artists, some of whom use their body as part of their spoken word performances. 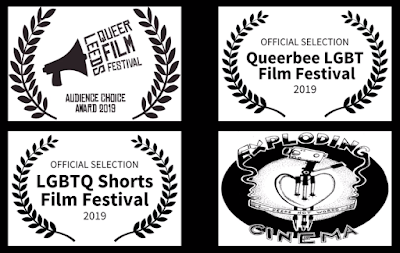 A shorter edit of the film, Poetry Tease, was also shown at Microacts, London. 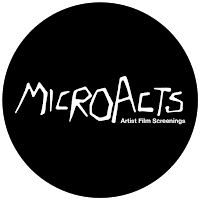